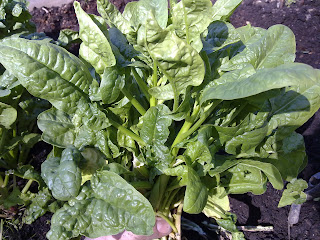 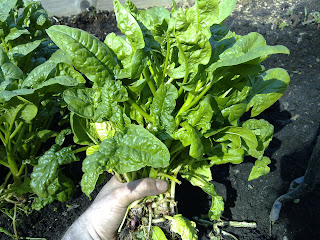 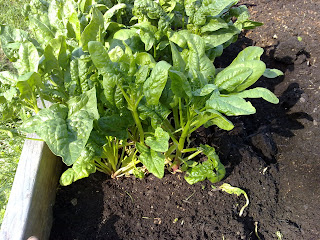 This spinach was sown in October of 2009. After overwintering in the cold frame for nearly 6 months I decided I was finally going to harvest the spinach on April 10th 2010. I was surprised at how long green leafy vegetables can survive in the cold frame for so long. I washed the spinach and sauteed them with evoo, garlic, red pepper flakes and salt & pepper. Next time I will plant a bigger patch of Spinach since they went so quick. The spinach breed used was Bloomsdale Longstanding. I used these seeds since I didn't have any Italian spinach seeds laying around at the moment.
Posted by Timoti at 10:16 AM